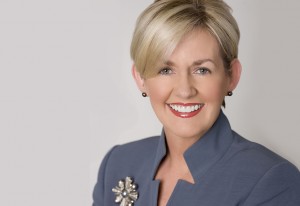 She is an internationally recognized consultant, speaker and columnist and has taken from her experiences and distilled them into the design, development and customization of training programs for multinational companies and organizations to include: UN, NATO, Cisco, IBM, Gucci Timepieces, Johnson & Johnson, City of San Diego, Pfizer, Deloitte & Touche, and UCSD, Qatar Petroleum, Port of Dubai, Dubai Airport and Chiefs of Protocol from Kurdistan, Yemen and Bahrain.  Her seminars are included in university MBA programs for University San Diego and San Jose State University. 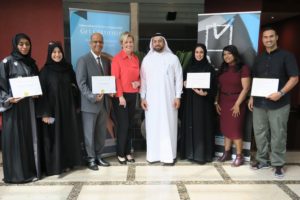 Train to be an International Protocol Specialist – Dubai UAE

Offices in Dubai: The International Protocol Institute of California® in partnership with the Teleservices Company delivers international protocol and cross-cultural programs to corporate and government officials, diplomats, Chiefs of Protocol and business professionals in Dubai, the Gulf region and North Africa.

Director, International Relations Office, World Trade Center San Diego, California.  Ms. Betts-Johnson was the Director of the International Relations Office, World Trade Center San Diego, CA where she established an extensive outreach program to encourage delegations to the San Diego region. Her primary function was hosting royalty, ambassadors, international delegations and dignitaries, which required highly-developed diplomatic protocol Skills.  Her office acted as a clearinghouse for international delegations and dignitaries requesting to connect with public, private, cultural and educational organizations in the San Diego region and in effect, creating a connection between culture and commerce.   She assisted companies and organizations with their protocol and cross-cultural understanding challenges and delivered protocol programs on behalf of the World Trade Center San Diego.   Her role included facilitating strategic connections on behalf of the WTCSD membership and visiting delegations.

Director, World Trade Institute San Diego, California – She was the Director of the World 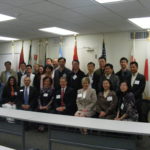 Trade Institute San Diego and oversaw the management of the Internship Program.   She established outreach marketing strategies to attract the best and the brightest candidates from local and worldwide universities.  With hundreds of applicants per year, it was essential to streamline the interviewing, recruitment and orientation processes to ensure they obtained the greatest benefit from their world trade internship experience.

United Nations, New York – Ms. Betts-Johnson created a customized diplomatic protocol program on behalf of the United Nations “Resident Coordinators” Induction Program.   This training program facilitated their understanding of the cultural, diplomatic and social aspects of dealing with dignitaries and citizens when at post in their host countries.

Royal Family of Jordan – Prior to founding the Institute, she served two years on the staff of the late King

Hussein and Queen Noor of Jordan, where she had the opportunity to host and interact with dignitaries and royalty from all over the world including the royals of England, Spain and various Middle Eastern countries.

Washington Diplomatic Corps – During their visit to San Diego to review the proceedings at the Republican National Convention, she acted as the Protocol Coordinator to ensure a world class experience for ninety-eight Ambassadors from the Diplomatic Corps in Washington D.C.

Her articles have appeared in numerous magazines and newspapers, including Business Munster (Doing Business in China), Business Options, Student’s Book, Oxford University, England (Doing Business in Japan),  National Speakers Association Magazine (Internationally Speaking), and the San Diego Business Journal.  She has contributed her expertise on business success and international protocol to books and publications including  A Woman’s Way to Incredible Success in Business  by Mary Ellen Drummond and Protocol for Profit,  A Manager’s Guide to Competing Worldwide, by  Carl A. Nielson.  Introduction to Executive Protection, Third Edition, by Dale L. June,