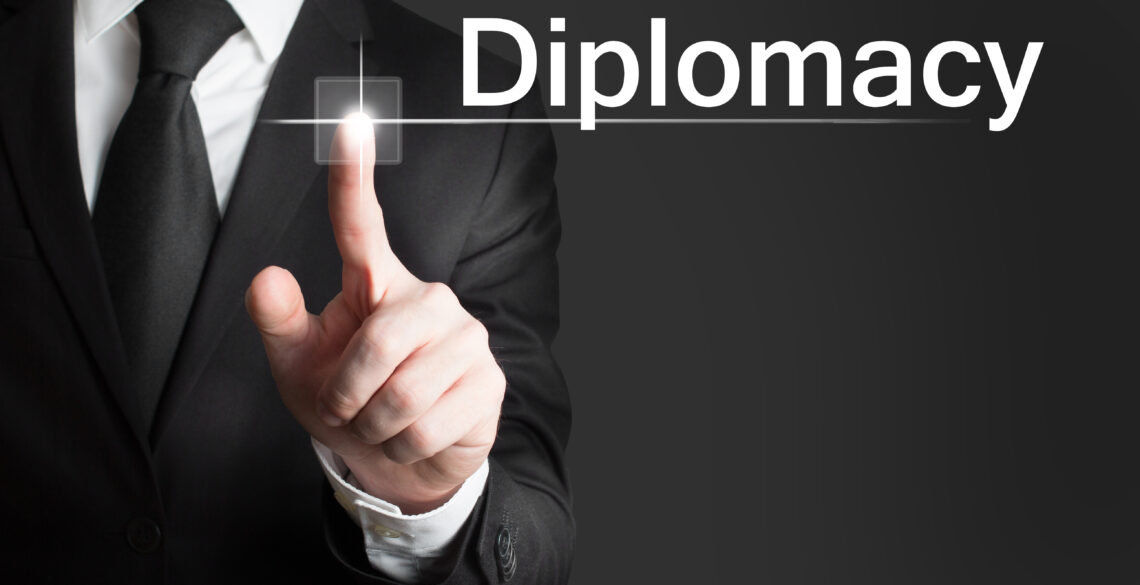 “In many ways, ‘protocol’ is just another word for ‘hospitality,’” said Marie Betts-Johnson, founder and director of the International Protocol Institute of California. “Diplomacy would be a much more daunting challenge without the existence of the rules of protocol.”

Originally from Tipperary, Ireland, one of the most naturally hospitable countries in the world, the Carmel Valley resident and renowned expert in the field of international protocol and business etiquette will be offering a five-day certification program, “Train to Be an International Protocol Specialist,” in San Diego from Aug. 1 to Aug. 5. 2016

Designed for anyone who does any work internationally – from business executives and hospitality industry professionals to city government and entrepreneurs – the program offers participants a comprehensive road map to understanding international relations and the impact of protocol on successful negotiations. It also gives them the systems and skills to manage complex protocol and diplomatic events for visiting dignitaries and delegations to promote the economy in their cities, states or countries.

“Many people think protocol is about having a cup of tea with your pinky in the air,” laughed Betts-Johnson. “There are so many more levels than that, and protocol can send a lot of messages without you ever opening your mouth.”

As an example, she cited recent trips to Italy and France by President Rouhani of Iran. In Italy, they covered up nude statues out of respect for his cultural beliefs. The Italian citizens and press were furious.

In France, however, they refused to give up wine with lunch even though it went against his beliefs. The French citizens were proud but the Iranians ate separately and the diplomatic discussions didn’t go well.

So, which country was right?

“In my opinion, when in Rome …,” said Betts-Johnson. “However, it depends on your agenda. What do you want to achieve and how much are you willing to give? This is where protocol becomes a powerful strategy.”

Betts-Johnson got her start while on the staff of the late King Hussein and Queen Noor of Jordan, where she interacted with dignitaries and royalty from around the world, including Princess Diana and Prince Charles, all of whom she described as “lovely.”

“It was an amazing period of my life and was the catalyst for what I am doing now. I had absolutely no clue how to deal with these people in such high positions!” she admitted. “I watched what everyone else was doing and learned literally on the job. As an Irish person, I’ve had hospitality ingrained in me since I was a child so it was very natural. It’s all about making people feel comfortable and respected.”

According to Betts-Johnson, the rules of protocol were established in 1815 at the Congress of Vienna when Italy and Spain almost went to war during a royal procession in England over whose carriage would go first.

“Without knowing precedence – where people should sit – whether the entertainment and menu are appropriate, which flags are on display and how they are displayed, who gives the toast and what they will say, it would be disastrous,” explained Betts-Johnson. “The protocol specialist does all the groundwork to research cultural traditions and make sure no one feels disrespected.”

She pointed out a couple of examples which had the potential to set off international incidents. There was the untrained limousine driver who picked up the Ambassador to Singapore at the airport and ran over to her, asking, “Are you the little lady from Singapore?” There was the woman on the receiving line of a group of Muslim dignitaries, shaking hands with her left hand which, in the Islamic culture, is considered unclean.

“Although neither of these acts were intentionally disrespectful, that’s how they came across to the guests,” said Betts-Johnson. “Things like that are so easy to prevent if you understand protocol.”

Etiquette is an important part of protocol, and it goes well beyond knowing where to place a fork.

“What if you’re using chopsticks?” asked Betts-Johnson. “In Asia, if you stand your chopsticks in the rice bowl, it’s like being at a funeral. The people you’re with are not going to be happy. If you drop them, it’s bad luck. If you try to cut fish with them and it turns over, it means the fisherman’s boat is going to turn over. There are all kinds of superstitions that go along with chopsticks.”

Betts-Johnson has worked with companies and organizations such as IBM and Gucci, City Offices including the Mayor’s Office in San Diego, the United Nations and the Washington Diplomatic Corps, and taught protocol to people all over the world. She has partnered with Dr. Ahmad Tahlak and Levenbert Consulting Services for ongoing training programs in Dubai – where attendees have included Chiefs of Protocol from all over the Middle Eastern region – and believes protocol is “the backdrop to peace.”

“As the world gets smaller and smaller, it is essential to be adaptable and to be able to work with people of all different cultures,” said Betts-Johnson. “Americans are infamous for not being patient and for believing time is money and relationships come later. It’s totally the opposite in almost 100 percent of the world, where they believe relationships come first, time is time, money is money. Without relationships, no business will transpire.”

Because of this, Betts-Johnson is also developing “Diplomats in Industry and International Affairs,” a program for recent graduates and young people starting out in any industry.

“Unfortunately, so many young people lack the social skills needed for business because they’re used to doing everything online,” she added. “They need to learn how to interact in person. Plus, they will walk away from this program with a certification in “Master Class in International Relations and Protocol,” which will add immeasurably to their resume and absolutely give them an edge in getting a job.”